In 2011, Automobili Lamborghini started to develop a supercar that would commemorate the company’s 50th anniversary in 2013. Today, that car has officially been revealed, with its public debut coming at the 2013 Geneva Motor Show. Lamborghini names their cars after famous fighting bulls and chose Veneno for their latest, one of the fastest and strongest fighting bulls ever. As expected, the majority of the car is made of carbon-fiber to keep the weight down. It’s based on the Lamborghini Aventador. 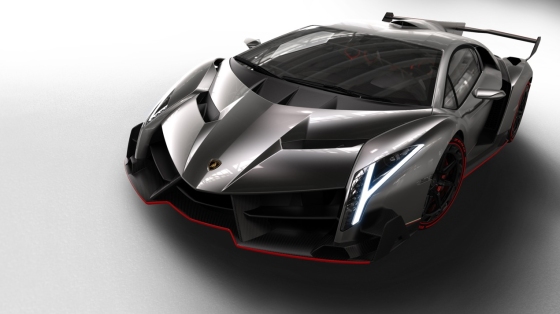